Could 2018 be the turn-around year for Real Estate in India? 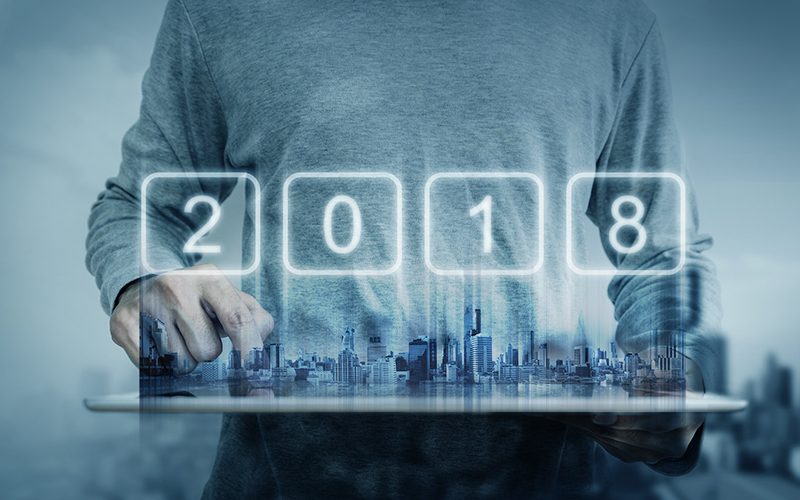 Years 2016 and 2017 stood witness to initiatives such as Demonetisation, GST and most importantly, from a real estate perspective – the RERA Act. At first, the real estate sector took a hit and witnessed a slump in property sales due to these government initiatives which have had a direct impact on the sector. Beginning 2018, things are starting to look different as the real estate sector gradually adjusts to the aforementioned reforms with most Indian metros taking the lead as they witness growing sales.

Price Corrections: Experts believe that one of the most important and relevant things to have taken place during last year was the correction in property prices. In major metros the prices have either dropped or remained the same helping the sector correct itself and experts believe that the sector will now see an upward trend.

The first quarter of 2018 saw a few cities in India post steady growth in sales volumes and the growth in Mumbai, Bangalore and Pune was largely due to price corrections.

RERA powering buyers: Perhaps, the single most important factor that completely caused a paradigm shift from a buyer’s perspective is the RERA Act which promises to promote transparency amongst a host of other benefits. The prime objective of RERA is to provide buyers with more power by eradicating fly-by-night developers, increasing transparency and pushing for a more organised way of functioning. The non-serious or sometimes dubious players will have a difficult time operating under the RERA and this has in turn boosted the consumer confidence.

There is a huge amount of unsold inventory in areas such as Delhi-NCR while the same in Mumbai and Bangalore has come down a bit. As prices get corrected and developers get compelled to become transparent, buyers will embrace this inventory.

“The real estate industry underwent some of the most radical reforms and avant-garde policy changes in 2017. While the first half of 2017 was testimony to plummeting numbers, the second half saw stakeholders in a contemplative mode.’’

Disruption begets growth: Year 2017 has been the year of disruption as GST, RERA and the Benami Act got into implementation mode. This disruption caused a certain amount of chaos to begin with but experts believe that now, there is calm after the ‘storm’. The disruption has ensured that developers get realistic about their objectives and projects. With so many unsold units, developers have stalled some of their projects resulting in course correction. Not just that, the developers are now completing current project before taking up additional ones. This ensures the eradication of problems such as – locked capital, delayed delivery, below par quality which were earlier stalling steady growth.

Affordable Housing: The government’s push for affordable housing coupled with developers’ realisation of great value in this untapped segment is a major turn-around factor for real estate in 2018. Under the ‘‘Housing for all by 2022’’, about 50 million affordable homes are being targeted to be built by 2022. Government is also providing certain benefits for players who focus on affordable housing while at the same time allocating some budget and easing the home loan sanctioning process.
Developers are seeing encouraging signs as new launches on the affordable segment see many takers. This has particularly been so in Navi Mumbai and Pune that has in turn promoted an increasing focus on affordable housing by some big-time developers.

‘’2018 will be the year of consolidation. Good deals are available and buyers are looking at ready-to-move-in units. With more compliances and transparency, real estate sector will be in good shape.’’

Reputation matters: Buyers are now targeting reputed builders who are providing offerings at better prices. Going with reputed builders gives buyers the confidence and trust while ensuring them of quality offerings and timely delivery. This has prompted small time and not so popular builders to focus on bringing out quality offerings with greater transparency and ensure timely delivery. So, for all builders, track record does matter and for any new builder, it becomes even more important to focus on establishing a good track record from the first project onwards.

For long, the Indian mentality as far as real estate was concerned was the dependency on government to provide housing. The early 2000s however, saw a great change in the mindset as private developers began luring buyers with advertisements, lower interest rates, higher quality and timely delivery. Somewhere down the line, the developer segment as a whole lost their narrative with the focus shifting more towards their benefits than that of the buyers. But now, even that is beginning to change. 2018 seems to be the year where the real estate sector will have a good turn-around for the long-term good. The future does look positive for both buyers and builders with stringent regulations and a more buyer focused approach at play.