Emergence of Industrial areas as real estate hubs in Bangalore 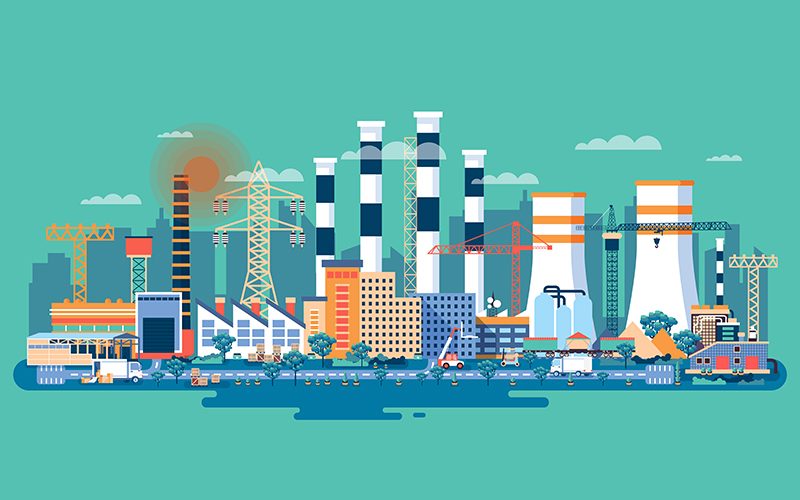 Bangalore, the city is synonymous with modern day development. Titles such as ‘’Start-up capital of India’’, ‘’Silicon Valley’’, ‘’Garden City’’ only go to show the extent to which the city has transformed over the years. Bangalore is one city that had shown stead-fast growth in modern infrastructure and yet retains the charm of an old town blessed with green covers and traditional architecture.

Having said that, it is interesting to know that Bangalore is also known for the rapid development of Industrial areas. And over the years, it has seen a steady rise in the number of industrial areas in and around the city.

Peenya Industrial Town: Located in the far west of Bangalore city on the outskirts beyond Yeshwantpur, Peenya is one of the oldest industrial hubs in South Asia. Established during the late 70s Peenya houses several industries that range from small scale to medium and large-scale and is strategically located on the Bangalore-Tumkur (NH4) highway.

Peenya is known for manufacturing industries which are into electrical, engineering and other machine tools. Small scale industries are very high in number and employ anywhere between 15-50 staff. There are an estimated 4,500 small scale units and 50+ medium and large-scale units. ABB, Volvo, Bosch and Parle are some of the top companies having manufacturing units in Peenya.

Due to the extensive number of units located at Peenya a lot of employees have over the years shifted to the Peenya Industrial Town and its surroundings making Peenya a preferred residential real estate destination. A proposed number of new industries is also helping Peenya ascend as a property destination and its proximity to the Bangalore-Tumkur highway (NH-4) is encouraging some of the big-time developers to invest in Peenya.

In recent times, the development of the Bangalore Metro (Green Line) connecting Yelachanahalli in South Bangalore to Nagasandra in the far West has enhanced the residential real estate value in Peenya. In fact, Peenya has its own Metro station making it easy for people to travel to and from the industrial locale. The plot rates in Peenya range between INR 1,400-5,000 whereas that for flat range between INR 3,100 – 6,800.

Bommasandra: Arguably, the latest and perhaps the most valued emerging industrial area in Bangalore, Bommasandra has slowly transformed from a small suburb on the outskirts to steady industrial area over the years.

Unlike the other industrial areas in Bangalore Bommasandra is blessed with all the amenities and facilities and with a road connectivity towards the interior of Bangalore and to Hosur in Tamil Nadu. The industrial area is situated right after the Electronics City (a highly valued destination) on NH-7. The elevated expressway after the silk board area connects Bommasandra to other popular areas in Bangalore such as Koramangala, Silk Board and BTM.

Cipla, Biocon, Titan, Saab Engineering, Continental Automotive Components and HCL are some of the top companies situated in Bommasandra. The area is situated right behind the Narayana Health City which is a dedicated health care centre in Bangalore. Though Bommasandra is an industrial area, it is relatively noisy and pollution-free and has the required physical and social infrastructure making it a top real estate destination.

An interesting thing about the locale is the demand for different types housing requirements from affordable to middle and high-income type of housing. Its proximity to Electronics City is making it a preferred destination for the IT crowd whose housing needs tilt towards Mid-income to High-income range while the small-scale industry crowd creates the demand for affordable housing. The pricing for flats is in the range of INR 1,800-5,000 per sq. ft and that for plots is between INR 1,400-4,000 per sq. ft.

The proposed phase II of the Bangalore Metro that will connect RV Road to Bommasandra with 16 stations connecting areas of HSR Layout, BTM and Electronic City will definitely position Bommasandra as top real estate destination.

Jigani Industrial Area: Situated on the NH-7 that connects Bangalore to Hosur in Tamil Nadu, Jigani is an emerging hot spot for real estate in the far south of Bangalore. It is a prominent industrial area in the Anekal Taluk and falls under Bangalore Rural. Its strategic location on state highway 87 makes it a preferred destination for not only real estate developers but also for several domestic and international companies.

Jigani is in a way centrally located between Electronics City (23KM) and the Bannerghatta Road (24KM), the longest road in Bangalore. In addition to this, its proximity to Bommasandra and its connectivity to other parts of South Bangalore makes Jigani a hot spot for both real estate developers and buyers.

Though Jigani is an industrial hub, the commercial entities are segregated from the residential and this makes for a very appealing case for home buyers. For people wanting to be away from the traffic and the hectic schedule of a metropolitan city, Jigani is the perfect spot. It has three major lakes including the Jigani lake and a lot of green cover making it a perfect combination of a peaceful and yet recreational residential destination.

The city of Bangalore is varied in its outlook as it hosts a variety of industries and companies. While on one side it is known for its Tech parks and Business spaces, it also has an ample number of industrial areas which are fast growing up as residential real estate destinations. It is this mix that makes Bangalore even better as a host city for several industries to set up their bases and in turn enhance Bangalore as a top real estate destination in the country.

Impact of Young Workforce on Residential Real Estate in India