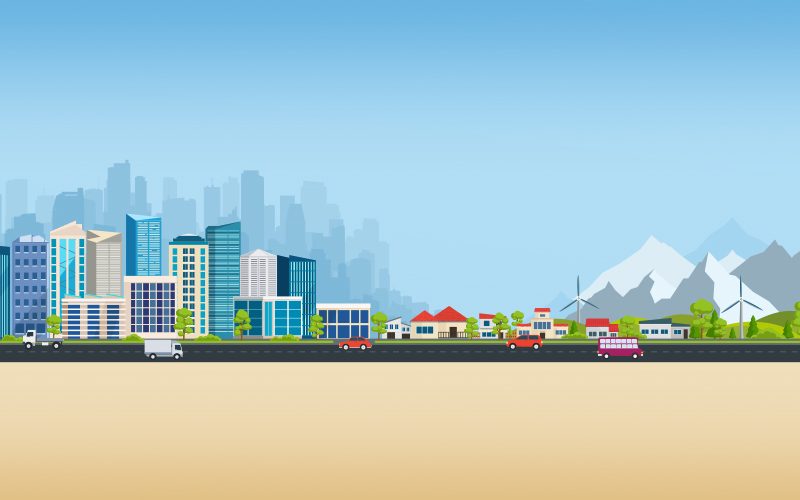 Every time the topic of real estate pops up, the discussion tilts towards metros and the next set of cities that would vie for the top 10 property destinations in India. This is quite natural ever since the real estate boom began around 20 years ago, with the metros laying the foundation for the Indian real estate industry. Two decades on, and things are gradually changing, while top cities in India still hold the pole position, Tier II and Tier III towns are steadily making it to the stage.

Reasons behind the shift

Many a developer, both big and small, have lost fortunes in real estate over the last few years due to several factors compelling them to take a re-look,in the way business is done. They have finally realised that their dependency on top cities led to huge amounts of unsold inventory and it is now time to re-think their strategies.

This has led them to focus on the lesser known but very important geographies in India – the Tier II and III towns. Let’s understand some important reasons on why these towns make a good bet for real estate investment.

The last few years saw the sector face stiff regulations and norms pushed forth by the Government, this was done to usher in transparency which could benefit the end consumers. Along with these, the sector had to deal with huge amount of unsold inventories across top seven major towns such as Delhi-NCR, Mumbai, Hyderabad, Chennai and Bangalore.

Meanwhile, South India has managed to handle inventory levels way better with top cities like Chennai, Bangalore and Hyderabad contributing only 16-20% of the total unsold inventory.

Developers have realised that they have overused the metro landscape and the scope for further growth lies more in smaller towns than in big cities.

‘’Housing for All scheme’’

The Government of India announced the, ‘’Housing for All by 2022’’ initiative in 2015, with an objective of providing housing options to the less fortunate and low-income groups. The Government has also invited the participation of private developers by providing subsides and incentives, the intent being to provide housing options for populations based in small towns. With the focus shifting to smaller towns, the dual objective of residential real estate growth for developers and better, affordable housing for small town inhabitants looks achievable.

Some State Governments in the last couple of years have taken lot of initiatives to focus on the economic growth of smaller towns. Rapid urbanisation has caught all stakeholders from business owners to Government agencies, off guard. While urbanisation showed a sign of growth, it also created immense pressure on top cities to create more jobs and better infrastructure. It has also led to a rapid depletion of green parcels of lands, deforestation in city limits, decreased water table levels and increased demand for power supply and amenities. Under such circumstances, it makes sense to focus on the economic growth of smaller towns so that they become self-sufficient while providing liveable options to dwellers.

Industrial and corporate initiatives in smaller towns is enabling tier II and III towns to become even more lucrative for developers to initiate projects. From the state and central governments’ perspective, the future of economic growth should be balanced and spread across towns, since depending only on major towns will lead to a lopsided growth and create economic disadvantages for people living in smaller towns. With the Government’s focus shifting to smaller towns, the real estate sector too is shifting time, focus and investments to tiers II and III towns.

Another major reason for the rise of tiers II and III towns is the land costs. Since the cost of land in way lower than in top cities, many developers now have an incentive to shift their focus. In fact, some small-time developers were among the first to initiate projects in these towns since it is getting affordable for them to both acquire land and develop projects.

Going forward, growth will be more balanced and there will be the rise of smaller towns, the best evidence of which is the ‘’Smart City’’ initiative of Indian Government. Slowly and steadily, the tier II and tier III towns in India is bound to find increasing relevance in real estate market, becoming major centres of growth,providing the much needed boost for India’s real estate sector.