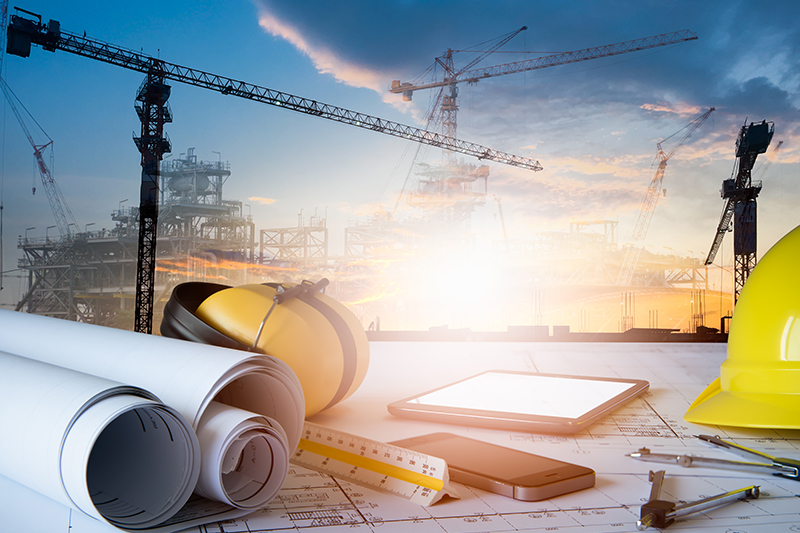 The Indian Real Estate industry is considered to be the second largest employer right after agriculture. Experts have predicted that in the coming decade there will be an expectant growth of almost 30% in the real estate industry. Both Morgan Stanley and Forbes India have given thumbs up to the real estate sector. A recent report said: “… the first half of 2017 had seen more than 135,000 units sold, a 7% increase year on year, according to Knight Frank.”

Moreover, according to the Indian Brand Equity Foundation: “The real estate sector in India is expected to attract investments worth US$ 7 billion in 2017, which will rise further to US$ 10 billion by 2020.”

BUILDING ON A STRONG FOUNDATION

In the ‘60s and ‘70s, the property sector worked more on sentiments than on science. By late ‘90s, and with the new millennium just round the corner, the Indian government started offering easy availability of housing loans to the common public. Thus, started the housing revolution that brought about a definitive shift in the way people bought and owned houses in the Indian subcontinent.

However, from 2004 the property market started gaining renewed attention from different investors. By then the market was already overheated, riding on speculative investments. An asset bubble had been created. Unfortunately, the next few years saw the property market take a slow nosedive and the situation remained subdued ever since. The noughties silently witnessed the booming market perishing slowly and steadily.

Luckily, in the next few years the government came up with a number of reforms and the market picked up pace once again. A mantra of democratisation made its way for a transparent system wherein market forces began ruling housing loans and builders.

Property dealers and builders started talking in terms of FSIs, carpet area, and completion certificates that raised the accountability factor even more. Further, the concept of circle rates brought in more investors that included Foreign Direct Investments (FDI) as well. This opened the doors for middle-class Indians to own properties in ‘Easy Equated Monthly Installments’ (EMIs).

NEW INITIATIVES BY THE CENTRAL GOVERNMENT

However, the property market again came under pressure from 2010, especially in the northern part of India that continued till 2016. In the meanwhile, the Central Government brought in a number of initiatives to further clear the decks for reasoned growth. By the time the demonetisation drive was set in motion (end of 2016), the Indian real estate industry was desperately trying to stop the negative growth in the market.

The Parliament passed the Real Estate Regulation Act (RERA) bill in March 2016. Through RERA, the government tried to bring in as much transparency as possible to help the general masses in property buying and selling. Builders were asked to upload all the details of their projects directly on the RERA website. Soon RERA was followed by the Benami Property Act 2017—an effort on the government’s part to bring down the number of fictitious properties and illegal transactions as much as possible.

The middle of 2017 saw the introduction of the Goods & Services Tax (GST)—a path-breaking initiative by the government to simplify the Indian tax structure and increase transparency in the property purchase process for buyers.

THE ROAD AHEAD FOR BUYERS

The market is changing extremely fast and that too for better. Real estate experts are extremely positive about the growth as they are letting the figures speak for themselves. India has received Foreign Direct Investment (FDI) equity inflows of over US$ 24 billion between April 2000 and March 2017. The experts believe that this trend will continue.

Currently, the flow of funds towards the real estate market is just 15%–20%. But experts are hoping that this situation will improve soon. Furthermore, the other notable trends that we can look forward to are:

You can look forward to more foreign investors in the country who are here for keeps. Some investors and developers will just try and test the waters while others will take a plunge. Either way, equity investment will play the biggest role in this industry sector.