Smart Cities and Affordable Housing impacting each other 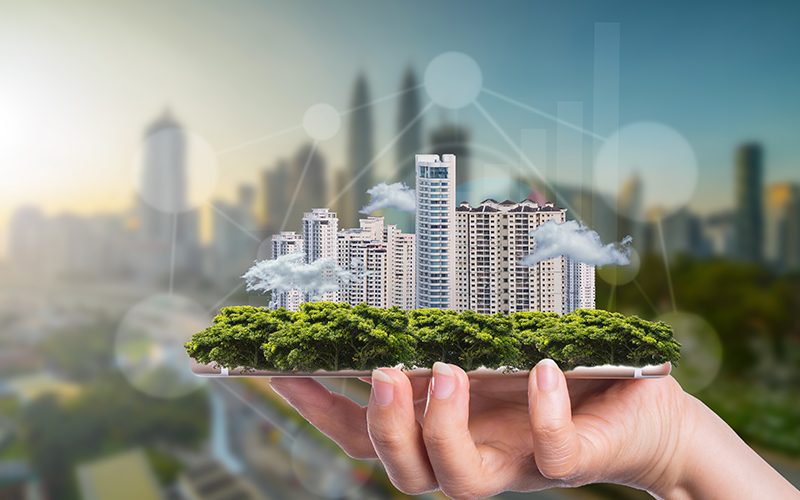 The year 2015 brought about a landmark reform in the housing sector – The ‘Housing for All’ scheme by 2022 under the Pradhan Mantri Awas Yojana (PMAY) with an objective to provide affordable housing to nearly two crore people across the country. In the same year, the Smart City Mission project was unveiled under which 100 cities had been chosen to economically sustain citizens and also provide career opportunities under the larger goal of development of the country.

All of these policy decisions and reforms have created a huge impact for the residential real estate sector in India and as we speak, are causing a shift in the perspective of both the developers and the buyers.

Convergence of Smart City Mission and Housing for All

Smart cities are a must for a country that has nearly 1.3 billion population but has been relying only on few major cities for its economic development. Growing urbanisation is causing tremendous pressure on major cities as they are not able to accommodate a growing influx of population making the need for developing smart cities an imminent priority. One of the basic requirements of a smart city to sustain itself is housing. Without housing, sustenance and further growth of a smart city will be limited and unlike that in a Metro, these smart cities will require a good amount of affordable housing to cater to the large middle and lower income demographic. This is where the Smart City Mission and Affordable Housing converge to mutually benefit each other and further the goal of development.

The government has been pushing for affordable housing across the country and it reiterated its stand in the 2017-18 budget which emphasised on affordable housing by providing it with infrastructure status. Under infrastructure status, developers will stand to benefit through easier to access loans and timelines to develop projects which will provide the required impetus to encourage more parties to move in and boost the sector’s growth.

Tax incentives, easier sanctioning of bank loans, transparency between buyers and developers are some of the other benefits that will ensure the success of ‘Housing for All’ while also pushing for the growth of smart cities.

From the buyers’ perspective – it is good news. Perhaps, for the first time that the focus of developers and real estate investors has shifted from urban well-to-do demographic to the urban poor and rural demographics. The urban poor and rural people can now dream of owning a home at an affordable cost. Not just that, there are subsidies on interest rates that can be availed by buyers under the PMAY scheme. For example, the Middle-Income Group – I or MIG-1 buyers will get an interest subsidy of 4% on a loan amount of up to 9 lakh and the MIG -II buyers will get 3% on a loan amount of up to 12 lakhs. This sort of assistance and help from government and banks (and other lending institutions) will push the growth of real estate sector. This interest-based advantage will benefit the growth of Smart Cities as a large number of middle and lower income groups are based out of these cities and about 80% of today’s home buyers rely on loans for purchasing their homes.

In a way, the Housing for All and the Smart City Mission are two major reforms that have affected the real estate sector for the better and hold a big promise for the future. Not surprisingly, the growth in real estate sector is now expected to come from several quarters and not just from the big cities as was the case over the last many years.

While Housing for All focuses on funding for buyers and incentives for developers, Smart City Mission focuses on leveraging on land availability, strengthening basic infrastructure facilities and implementation under single entity SPVs or Special Purpose Vehicles. It is interesting to note that as part of the Smart City Mission project, some cities have already planned to converge with the Housing for All scheme in a bid to address the gap in the informal housing sector.

The convergence of these two big projects will help them completely utilise the benefits given to each other and address their shortcomings, if any, by leveraging their advantages. Combined, these two projects will bolster their own agendas and help each other achieve set objectives in a much smoother manner. Capitalising on land as a resource provided by the government, leveraging on the latest technologies in construction and banking on the renewed interest of people wanting to own homes, these two projects will provide some invaluable boost to the residential real estate sector in the months to come.

Just moved into a new place? Things to do to adjust to the neighbourhood…

Importance of Landscaping for Properties