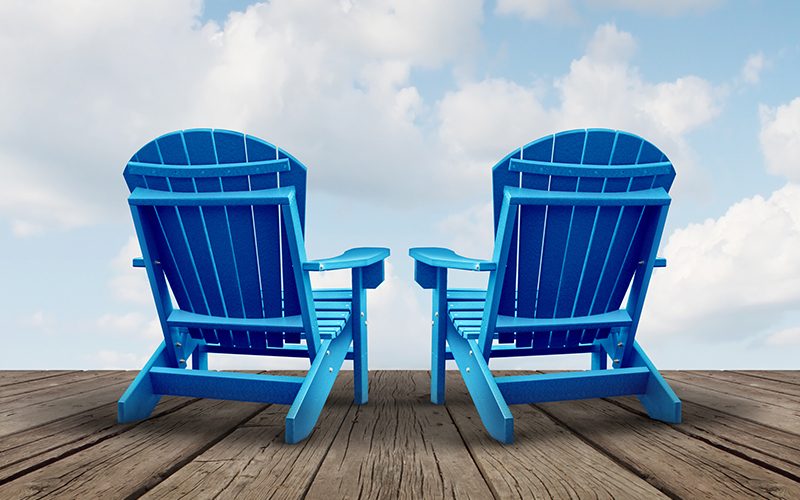 Ever wondered about your retirement destination?

You must have thought a lot before taking a decision to buy a home, but have you wondered about where you want to retire? Wondered as to where you want to finally settle down and relax for the rest of your days? Now, that would be an interesting exercise. After all, it is about helping you decide on the place that you want to live far away from all the chaos and disruptions of the normal society.

But choosing such a place depends on various factors. Factors that range from – costs to standard of living to proximity to family (children, friends) to availability of basic facilities (water, electricity and healthcare) to safety and security and of course, the weather. Other factors such as connectivity, nearness to cities matter but they do not make or break the deal.

Thankfully, in India the number of retirement destinations has been increasing over the last few years owing to a growing number of pensioners and retired folks experimenting and exploring newer areas.
So, let’s check out some of the top destinations:

Goa: The name resonates with fun, leisure and recreation like no other place in the country and yet Goa can be a lovely and peaceful place to retire to at the end of your career. The land of entertainment and leisure has enough and more spots to help you move away from the noise of the world and stay in the bliss of solitude.

If quiet and peace is your definition of life post retirement, South Goa is the place to be in. Places like Betul, Raia, Cansaulim are small havens with a rustic Portuguese touch and have a serene and beautiful feel to them. These places are tucked away from the crowds and noise and are worthy investment destinations. Morjim, Ashvem and Siolim are the places in the north of Goa that have the look and feel of towns that people want to grow old in.

The bigger towns of Panjim and Margoa are the evergreen choices due to their urban touch and have all the required amenities and facilities not to forget the connectivity. Porvorim sitting on the Mumbai-Trivandrum highway is an up and coming destination and is relatively cheaper to live in than the bigger towns.

Pondicherry: Also known as Puducherry, the erstwhile French territory is now a very popular getaway cum retirement destination. Like Goa, Pondy, as it is fondly called, is blessed with sun kissed beaches and lovely shacks. Previously known only as a tourist attraction Pondy is now opening up as a retirement destination and is fast catching up with other favourite places in India. While Pondy is aflush with beautiful destination spots and screams of the French influence, it’s not so distantly placed cousin – Auroville, a tiny place founded towards the late 60s, stands as a contrast exuding a Spiritual touch. Auroville is fast becoming a full-time destination for peace, happiness and spirituality for seekers all over the world. In short, Pondicherry is that unique place which can provide the best of both worlds for retired folks.

Chandigarh: Acclaimed as the first and the biggest planned city in India, Chandigarh is another favourite retirement destination. Unlike Goa and Pondicherry that lie on the sea coast, Chandigarh is centrally located between the states of Punjab, Haryana, Uttarakhand and Himachal Pradesh to its north. It has the distinction of being the capital of the first two states and is not too far from the capital of India, New Delhi. With Mohali and Panchkula, Chandigarh forms the tri-city retirement destination. Two of the biggest advantages of Chandigarh are its city planning and low crime rates. The city is, of course, abundant with all the required amenities and facilities. For nature lovers, Chandigarh is laden with gardens for long evening walks and also hosts the Sukhna Lake in the heart of the city.

Mysore: The erstwhile capital city of the popular Wodeyar Royal Family, Mysore or Mysuru is a city that has a long history and is part of many a folklore. Known as the city of Gardens and Palaces, Mysore has enough and more for the travelling enthusiast in you. A city that was planned and executed to near perfection Mysore gives you the feeling of a place that is large at heart and peaceful to be at. Its spacious roads, well-built mansions, numerous gardens and tree-filled roads give a calming feel to visitors.

The weather in Mysore is very amicable and the place is a great getaway from the hustle and bustle of Bangalore which is about 3 hours away. Such is the popularity of Mysore that over the years, many Bangalore residents have purchased homes in Mysore as part of their retirement plans. The city has been twice ranked as the cleanest in India and has been consistently known for being one of the quieter and most friendly places. Move over, Bangalore, it is Mysore all the way as far as life after retirement is concerned!

Planning for retirement is something most of us overlook as we get carried away by the current priorities in our lives. It’s good to be in the present but as far as having a happy and tension-free life is concerned one must plan in advance and chose that one location that suits retirement requirements. Another advantage of planning well ahead is that it can help you assess and prepare for the budget required to buy a retirement home.

Emergence of Industrial areas as real estate hubs in Bangalore