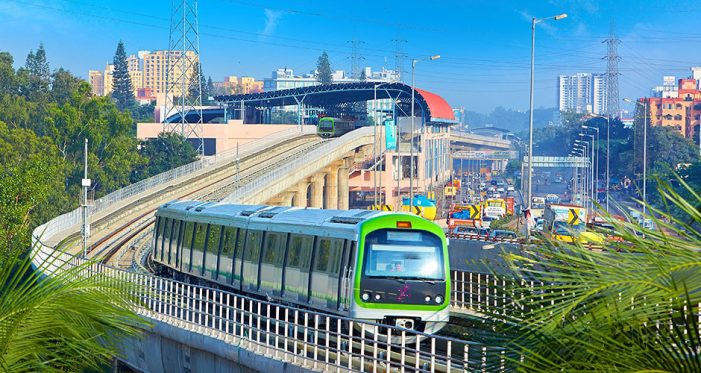 The news of Bengaluru’s latest metro project; it’s news, advancements, and potential slips in Phase-1 have gripped the corporation officials.

Massive congestion on Bangalore roads and highways have left the average commuters with a feeling of disdain at the appalling infrastructure and the inability of Bangalore’s administrative machinery to align. The residents of this mega city rue the time spent on roads in battling bumper to bumper traffic conditions at any time of the day. Taking cues from New Delhi Metro scheme, the Bangalore Metro Rail Corporation Limited (BMRCL) is all set to start work on Phase II of the metro project.

Phase I of the metro project was not without its pitfalls. The excavation of the tunnels with large boring machines rendered some of them immobile. It was almost a year before the machines were considered serviceable for use. Not only this but the BMRCL threw caution to the wind and the surrounding built-up area, and residential complexes have suffered damages in the form of cracks posing a threat to residents. This compromised building safety while tunnelling.

Preliminary Work
The BMRCL planned for everything and left nothing to chance. Detailed surveys of built-up areas and building safety for tunnelling are being done. This is being enforced very stringently around long stretches of 14 kms which encounter several buildings on the way. Teams will be earmarked for 24/7 monitoring of the tunnel work for building safety. In addition to this, a bracing support system is also being put in place for buildings considered old and unsafe.

Tunnelling Work Is No Child’s Play
Excavating deep into the earth results in large scale seismic vibrations that mimic a low-grade earthquake. Therefore, the BMRCL is using sophisticated equipment like seismographs, crack meters, and tiltmeters to keep a close check on the intensity of the vibrations. Buildings that are more than 150 years old and made of brick, cement, and mortar are particularly vulnerable to vibrations as the cracks on them may widen and cause them to collapse.

Rehabilitation Work and Land Take-Over
BMRCL, in its quest to ensure building safety for tunnelling, has acquired land from private residential properties that are very old. Efforts have been made to rehabilitate residents. At many places, roads have been dug up to build underground metro stations without constructing a service lane. Officials believe this will not hamper traffic as there are many alternative routes for them.

BMRCL officials have now floated a proposal to acquire the land permanently to start construction and tunnelling work.

With efforts to optimise commute, and passenger safety, fewer road congestions, the question of the hour would be to wait and watch a trend of real-estate demand closer to completed Metro structures.

Luxury housing - Back on track with NRI Investors?