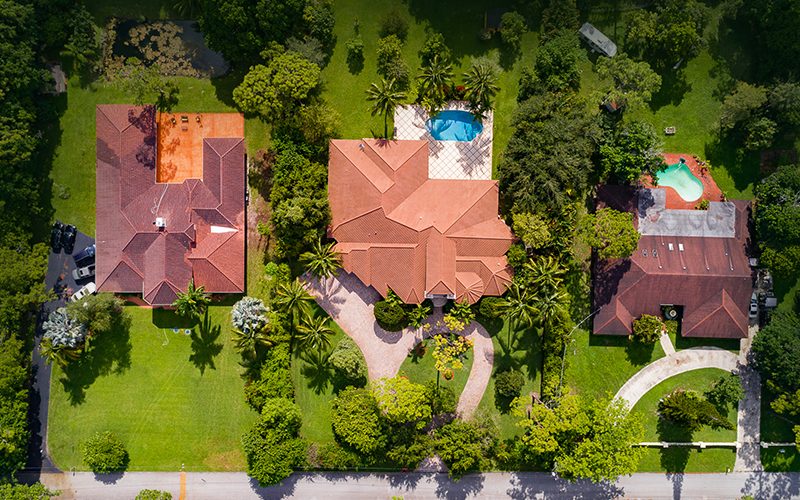 It has been a mixed year for the residential real estate market in India, recent regulations such as the RERA, Benami Acts and Government initiatives like demonetisation have had a considerable impact on the sector. The last quarter of 2017 did show some signs of resurgence for sales, but as per current trends, the market is more or less dormant. Having said that, there are certain cities in India that have seen increasing valuation and are retaining their prominence regardless of the economic indicators.

Let’s analyse and understand why these cities command a strong real estate value when compared to others. It is also important to note that there won’t be a sudden spike in demand for residential real estate, since investors are looking to purchase on a long-term basis, while seeking a rental yield of more than 3%. Most of the cities and localities mentioned below has consistently provided a high rental yield.

Mumbai: Known as the real estate capital of India, Mumbai over the last decade has recorded exponential economic growth.Certain areas in Mumbai have out grown other areas and have become too crowded. Over the years, there has been much pressure on popular locales, this has resulted in the focus being shifted to low-cost areas which have now become the ‘’hotspots’’. Areas such as Chembur, Andheri West and Goregaon East are the top micro-markets in Mumbai today.

Chembur: The area is slowly transforming into a residential hotspot from an industrial hub. The connectivity from Central Mumbai, the Eastern Express Freeway and the Sant Cruz-Chembur Link road have all contributed to rising valuation of real estate in Chembur.

Andheri West:This area has seen growth in valuation due to increased connectivity. The Metro line between Ghatkopar and Versova has given rise to infrastructure boost adding further value to localities in Andheri West.

Goregaon East: While being a low-suburb, Goregaon East is finding greater prominence and has become an attractive residential real estate destination, thanks to the increased connectivity.

Pune: Pune has been the beneficiary of an exploding real estate growth in Mumbai and over the last decade has had a great run. However, huge levels of unsold inventory continues to bother the real estate sector. Developers are now focusing on right-sized offerings and affordable housing, both of which are pushing additional growth in the city. For Eg. Affordable housing units priced below 40 lakhs in Pune have contributed to 44% of the overall new supply for the 3rdquarter of 2017-18.

Kothrud: Its proximity to the Mumbai-Pune highway has led Kothrud become the fast-developing locale in Pune. The area has grabbed attention of both developers and home buyers as it finds an increasing number of buyers opting for this destination.

Hadapsar: The IT and infrastructure development on the Kharadi-Magarpatta belt has turned everyone’s focus on Hadapsar. The area has already seen a huge number of project launches in the last few years and will continue to see higher demand going forward.

Vishrantwadi: By virtue of its proximity to the airport, Vishrantwadi is seeing higher residential real estate value. A growing number of home buyers are considering to invest here since it is a good getaway from the hustle and bustle of the city,while decreasing the travel time making it convenient for frequent commuters.

Bangalore: Though there has been a lull in the IT sector, Bangalore, the Silicon Valley of India refuses to bow down as far as the residential real estate value is concerned. Certain pockets, especially those closer to the IT hubs (and the city has more than one hub!), have retained their value or continuing to show higher valuation.

Whitefield: Known as the original IT hub of Bangalore, Whitefield still continues its dream run as property prices have gone only skyward. The massive social infrastructure development in and around Whitefield has ensured the area remains popular for both buyers and developers.

Marathahalli: One can say that Marathahalli starts where Whitefield ends, they are like twin-locales. Marathahalli is centrally located and is well-connected to Whitefield, KR Puram (a relatively low-cost residential hub), Belandur-Silk Board road which facilitates the travel of the corporate workforce to Indiranagar (a prominent neighbourhood) through the Old Airport. The amount of social and physical infrastructure that Marathahalli has seen over the last one decade makes it one of the most preferred residential locales and an evergreen residential real estate hotspot in Bangalore.

The key reason behind IT hubs in Bangalore high real estate value is because many employees owing to high traffic and stressful commute are fast shifting their bases closer to these hubs.

It is indeed interesting to note that while there is a certain lull for residential real estate across major towns and metros, few cities and localities still retain their popularity and prominence. This is because these areas have all required basics in place – good connectivity, excellent social and physical infrastructure, best in class amenities, healthcare centers and schools making them perennial hotspots for residential real estate.

Could 2018 be the turn-around year for Real Estate in India?